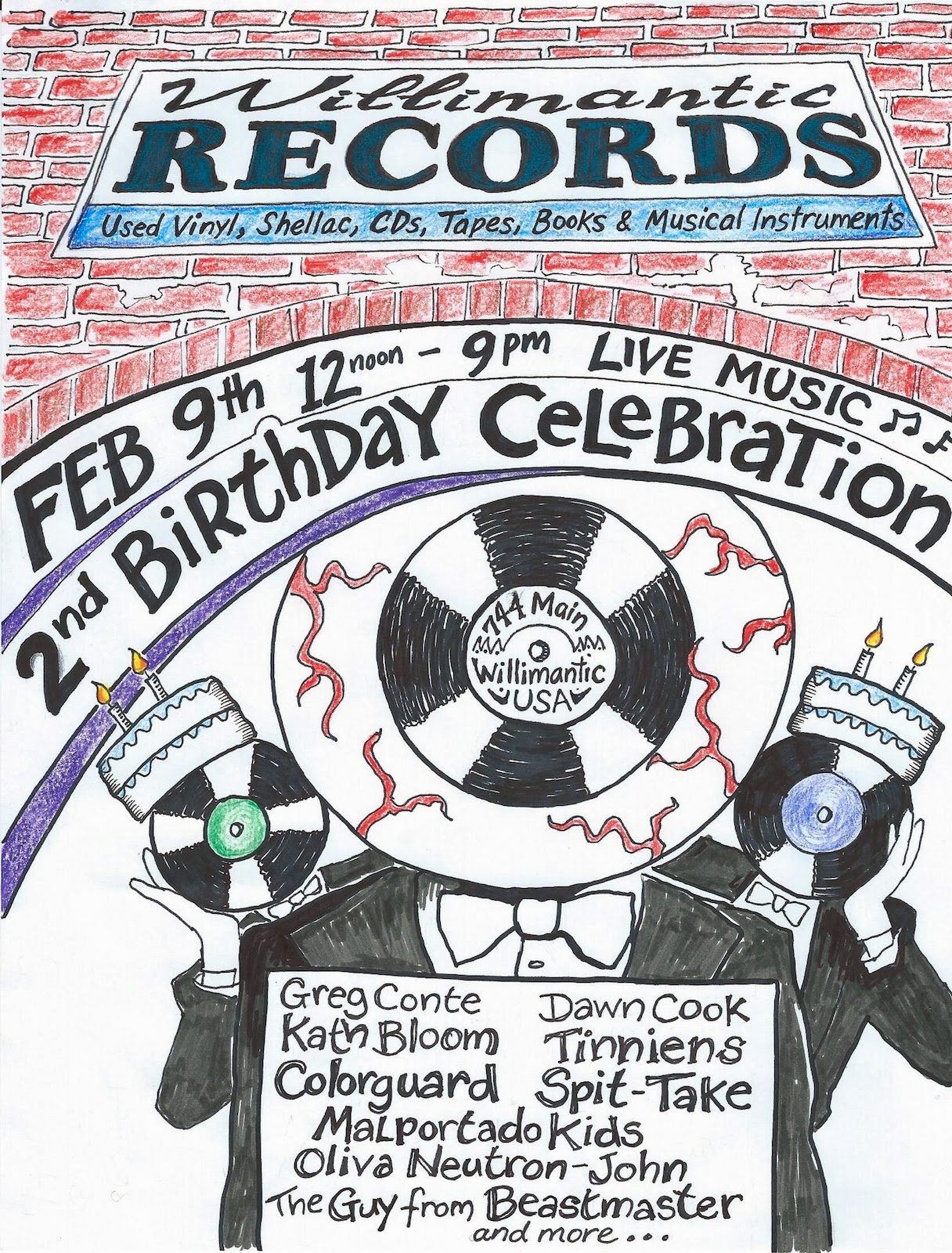 Kath Bloom - Reducing audiences to tears with her beautifully heart-wrenching performances since the 1970s, you may know Kath from her records with Loren Mazzacane Connors in the 1980s, or the use of her music in the 1995 film Before Sunrise, or the 2009 tribute CD comprised of her songs covered by Bill Callahan, Mark Kozelek, Devendra Banhart, Mick Turner & Peggy Few, Scout Niblett, Josephine Foster, and others; or maybe you caught her show last year at Willimantic Records.

Colorguard - Kryssi Battalene is a New Haven experimental angel who channels the sound of cosmic snowbirds through the physical friction of ferrous oxide tape against smoldering tapeheads. She also plays an astoundingly wicked guitar both traditionally and out of this world. We first saw her perform as a duo with Danny Moore in the amazing Heaven People, since disbanded, and she has been currently soloing every once in a while under the name Colorguard.  - Byron Coley & Thurston Moore

Olivia Neutron-John - "Aggressive bedroom pop," from Phoenix, AZ with a member of Neonates.

Dawn Cook - A solo set from the awesome flyer artist and  Shrinnirs singer/guitarist.

One or two more bands still to be announced.

Music starts at noontime and runs until whenever (probably about 8pm).