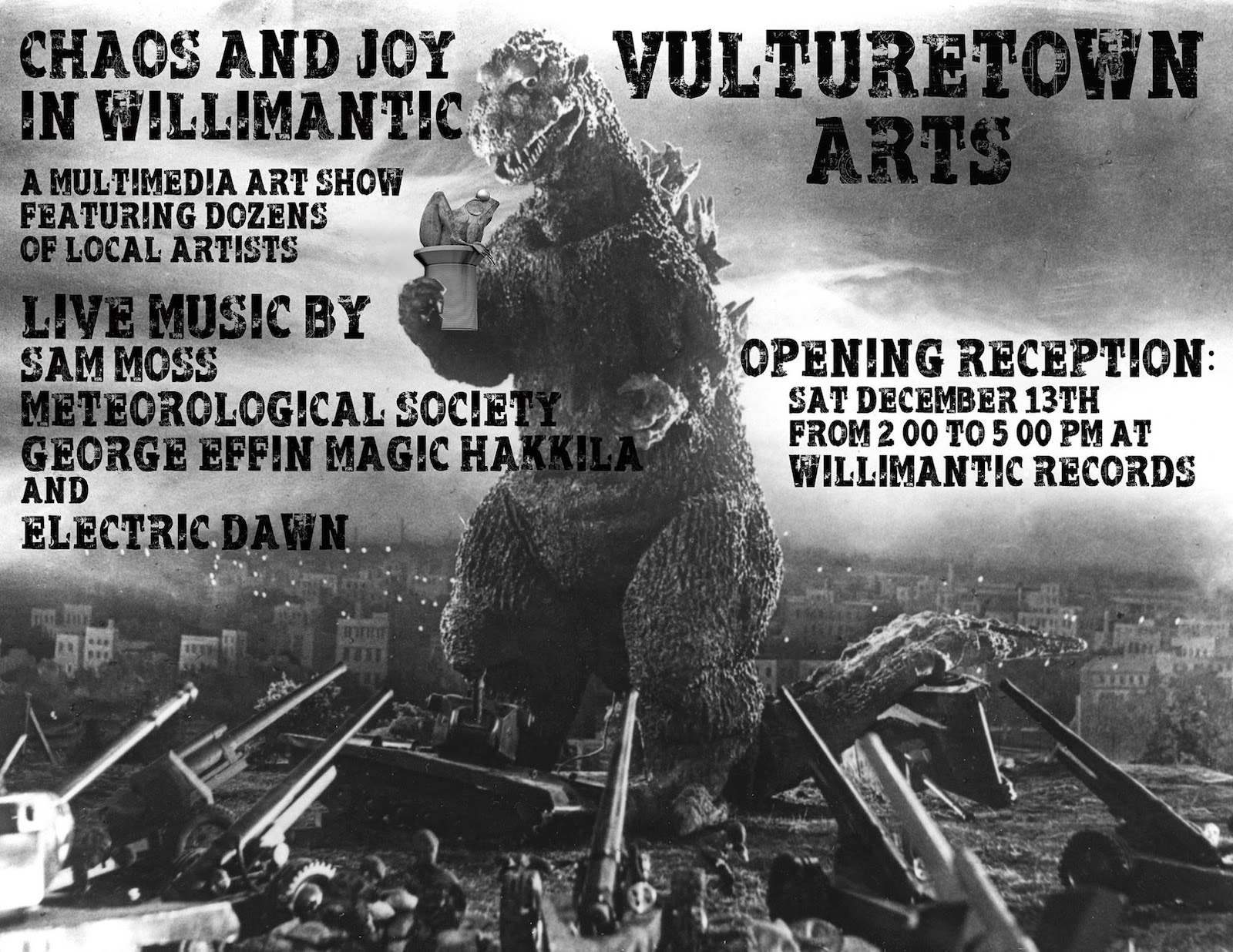 Chaos and Joy in Willimantic


Not literally every square inch of the record shop, but close to it, will be covered with artwork. Presented by Vulturetown Arts, and organized by Chad & Roxanne (the beautiful Willimantic weirdos who created "Art Attacks" in past years), this group show will run until February 20, 2015.

Live music at the December 13th opening reception provided Sam Moss. The Meteorological Society, Electric Dawn, and George Hakkila. All of the musicians, with the exception of Sam Moss, will also have artwork in the 'CHAOS and JOY' exhibition.

The Meteorological Society: Josh Young makes his long-awaited return to Willimantic Records with a mixture of tape loops, records, and keyboards.

Electric Dawn: singer, songwriter, multi-instrumentalist; has led Willimantic's own Shrinnirs (formerly known as the Bimbo Shrineheads) since the mid-1980s.